Beyoncé Produces And Performs On Multi-Artist Album “The Lion King: The Gift”

ALBUM SLATED FOR RELEASE ON JULY 19

INCLUDES BRAND-NEW SONG, “SPIRIT,”  TO BE FEATURED IN THE BODY OF THE FILM 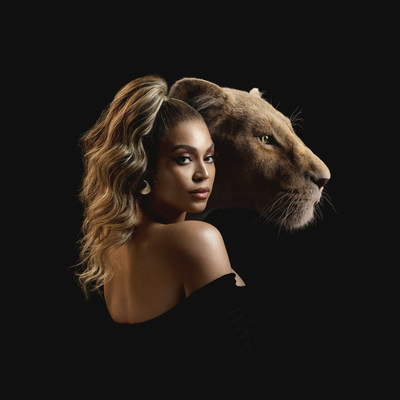 The powerful track, “Spirit,” appears in the film, during a pivotal scene with Beyoncé’s character, Nala and appears on the Walt Disney Records original motion picture soundtrack and on The Lion King: The Gift album from Parkwood Entertainment/Columbia Records. The song, available globally later tonight, was written for the film by IIya Salmanzadeh, Timothy McKenzie and Beyoncé and is produced by Beyoncé and IIya and Labrinth.  https://smarturl.it/beyoncespirit

With The Lion King: The Gift album, Beyoncé curated a masterful recording, a robust soundscape bringing together some of her favorite artists with the most talented and important African artists of the day to both pay tribute to the iconic film and bring the authentic sounds of African music to the world.

“This is sonic cinema,” said Beyoncé.  “This is a new experience of storytelling.  I wanted to do more than find a collection of songs that were inspired by the film. It is a mixture of genres and collaboration that isn’t one sound. It is influenced by everything from R&B, pop, hip hop and Afro Beat.”

In planning and recording the album, the artists’ personal connection to the iconic film and its story was highly considered.

“I wanted to put everyone on their own journey to link the storyline,” she continued.  “Each song was written to reflect the film’s storytelling that gives the listener a chance to imagine their own imagery, while listening to a new contemporary interpretation. It was important that the music was not only performed by the most interesting and talented artists but also produced by the best African producers. Authenticity and heart were important to me.”

The Lion King: The Gift, with new recordings by Beyoncé, features a beautiful, multi-genre symphony, steeped in African influences from various corners of the Continent, with unexpected collaborations, pulsating rhythms and crisp production that celebrate the African diaspora. This love letter to Africa highlights the setting of the film, rooted in African culture and wondrous narratives.  Track list and featured artists on The Lion King: The Gift are forthcoming.

“The Lion King” original motion picture soundtrack is produced by Hans Zimmer and Jon Favreau. The digital soundtrack is set for release on July 11 at 8:00 a.m. Pacific. The physical album is now available for pre-order https://disneymusic.co/TheLionKingPreOrder

Here’s the link to the artwork for the “Spirit” release:
https://sm01.box.com/v/BeyonceSpirit
Photo credit: Kwaku Alston for Disney Studios

About Parkwood Entertainment
Parkwood Entertainment is a film and production company, record label and management firm founded by entertainer and entrepreneur, Beyoncé in 2010.  With offices in Los Angeles and New York City, the company houses departments in music, film and video production, management, marketing, digital, creative, philanthropy, publicity and a record label.  Under its original name, Parkwood Pictures, in 2008, the company released the film Cadillac Records (2008), in which Beyoncé starred and co-produced. The company also released the film, Obsessed (2009), with Beyoncé as star and executive producer. Parkwood Entertainment produced The Mrs. Carter Show World Tour (2013-2014) and The Formation World Tour (2016), and co-produced the ON THE RUN TOUR (2014) and ON THE RUN II (2018).

About “The Lion King”
Disney’s “The Lion King, directed by Jon Favreau, journeys to the African savanna where a future king is born. Simba idolizes his father, King Mufasa, and takes to heart his own royal destiny. But not everyone in the kingdom celebrates the new cub’s arrival. Scar, Mufasa’s brother—and former heir to the throne—has plans of his own. The battle for Pride Rock is ravaged with betrayal, tragedy and drama, ultimately resulting in Simba’s exile. With help from a curious pair of newfound friends, Simba will have to figure out how to grow up and take back what is rightfully his. The all-star cast includes Donald Glover as Simba, Beyoncé Knowles-Carter as Nala, James Earl Jones as Mufasa, Chiwetel Ejiofor as Scar, Seth Rogen as Pumbaa and Billy Eichner as Timon. Utilizing pioneering filmmaking techniques to bring treasured characters to life in a whole new way, Disney’s “The Lion King” roars into theaters on July 19, 2019.