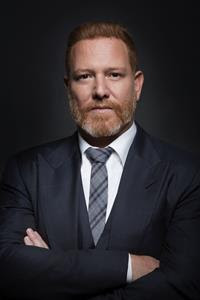 First-of-its-kind film to be “listed” on the entertainment stock exchange allowing fans to participate and invest in the film via ESX.io

LOS ANGELES, April 13, 2022 (GLOBE NEWSWIRE) — Based on an original idea by EGOT Megaproducer (Emmy, Grammy, Oscar, and Tony) Nominee Ryan Kavanaugh, Skill House is the first of a franchise and is slated to start principal production in June 2022 with an expected early 2023 release date. It is financed and controlled by Proxima Studios and written and directed by horror film legend Josh Stolberg, co-writer of horror films such as Spiral: From the Book of Saw (starring Chris Rock and Samuel L. Jackson), Jigsaw, Piranha 3D, Sorority Row, as well as the next Saw film (tentatively titled Saw X) and starring social media phenomenon Bryce Hall, who is one of the world’s most-followed Social Media Stars with over 50 Million Followers across his social media channels.

Skill House will be the first film to be “listed” on the entertainment stock exchange (“ESX“), a first-of-its-kind platform allowing users to invest in the film and trade in or out of the film and its upside.

Starring social media personality Bryce Hall, Skill House takes a stab at social media influencers and will be an unflinching take on fame and what new celebrities are willing to do to attain it. It will be shot in the Sway House, a mansion in Bel Air, made famous by many of Tik Tok’s biggest stars. It will skewer the landscape of young celebrities who will do anything for a “click.”

“I’ve worked with some of Hollywood’s biggest stars, including Chris Rock and Sam Jackson, Carrie Fisher and Dwayne Johnson… but my kids are more excited about this project than any other I’ve worked on,” said Stolberg. “Working with Bryce Hall and Ryan Kavanaugh, this is sure to be a first of a new horror genre. These social media personalities are the new Hollywood, and they are reinventing what it means to be a star. When a young kid from Maryland, like Bryce, with nothing but a cell phone and a ring light, can attract tens of millions of followers on Tik Tok and Instagram, it evens the playing field for everyone. But there’s a dark side to this new entertainment landscape, and I’m excited to flip that rock over.” 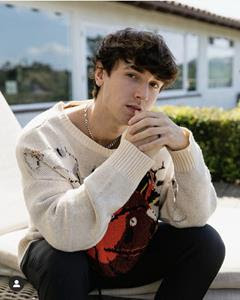 “The film will be a “hard R” horror film and will have a gritty approach to what it takes to succeed in a business that relies on fans “liking you.” Stolberg added, “there’s nothing I love more than writing a watercooler kill scene… and we’re already over budget with the amount of blood we’re going to use. While this concept could play for parody, I’ll be taking a more serious approach and leaning into scares and horror over humor. I’m not pulling punches. I’ve been given the green light to go for it. And I can’t wait!”

Kavanaugh, the 24th highest-grossing producer of all time, has produced and or financed over 200 films such as Fast and Furious 3,4,5,6, Social Network, 300, Mamma Mia!, Limitless, Fighter, Zombieland, and many more. Kavanaugh also previously owned Rogue Pictures, which launched over 60 horror movies, including Strangers, The Unborn, and My Soul to Take.

“This film intends to break the boundary between the short-form social media phenomenon and long-form content,” said Kavanaugh. “Bryce is one of the most recognized and polarizing influencers with over 50 million followers and will certainly be a crossover star. The film digs deep into the human psyche and the new generation’s thirst for stardom, asking how far they would go? It will be bloody, it will be dark, and it will certainly be talked about.”

This will be the first time fans can actually invest into a feature film and participate in the upside of the film via ESX.

Bryce Hall is repped by Brad Baskin of Panther Management and Ryan Kavanaugh and Proxima are repped by Neil Sacker.

About Proxima and Ryan Kavanaugh

Founder of Proxima Media, co-founder of Triller, Ryan Kavanaugh is one of the most accomplished, prolific, and honored executives in entertainment industry history. Using an intelligent financial model of film finance, he was dubbed the creator of “Moneyball for movies.” He produced, distributed, and/or structured financing for more than 200 films, generating more than $20 billion in worldwide box office revenue and earning 60 Oscar nominations. He is the 25th highest-grossing film producer of all time. His productions include Fast and Furious 3-6, 300, Social Network, Limitless, Fighter, Talladega Nights, Step Brothers, and Mamma Mia! Kavanaugh and Proxima pioneered an innovative finance deal for post-bankruptcy Marvel, making the studio and finance structure that led to Marvel Cinematic Universe. He built the SVOD (streaming) category with Netflix, which boosted that company’s market capitalization from $2 to $10 billion. Kavanaugh is the co-founder of Triller, one of the three fastest-growing social media apps. He recently led the acquisition, merger, and re-launch of the social media and music app.

He also created the powerhouse television company, now known as Critical Content, producing hit shows like Catfish on MTV and Limitless on CBS, which he sold for $200M. The company had 40 television series across 19 networks before its sale. Kavanaugh has earned several achievements and awards, from Variety’s Producer of the Year Award to The Hollywood Reporter’s Leadership Award, from Fortune’s 40 Under 40 Most Influential People in Business to Forbes’ Fortune 400, Billion-Dollar Producer by the Daily Variety and the 100 Most Influential People in the World by Vanity Fair.

Entertainment Stock X (ESX), a first-of-its-kind platform allowing users and fans to invest in film and entertainment projects via the Jobs Act, is an innovative platform for financing entertainment. The company fills the need for new and more efficient financing for filmmakers. ESX allows filmmakers to generate a valuable direct marketing relationship with fans and will enable fans to invest in film for the first time. More information is available on ESX.io

Photos accompanying this announcement are available at
https://www.globenewswire.com/NewsRoom/AttachmentNg/57bc3ab2-7d4e-4601-a463-9cfb7d99e918