SHANGHAI, Oct. 12, 2020 /PRNewswire/ — Huawei held the Computing Industry Basic Software Summit in Shanghai, demonstrating the achievements made after the launch of the open source basic software projects. A basic ecosystem has been established around openEuler, openGauss, openLooKeng, and MindSpore. 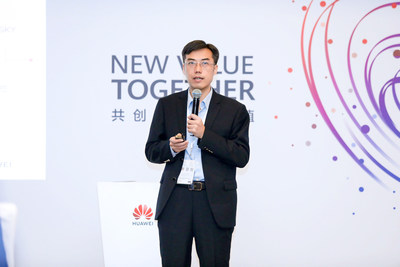 In terms of community contributions, Huawei ranks No. 2 globally in the latest Linux Kernel 5.8 release. Huawei leads four open source projects: openEuler, openGauss, openLooKeng, and MindSpore, and has completed continuous integration with more than 40 mainstream communities. By contributing to upstream communities for mainstream scenarios, Huawei enables 80% of key communities to provide native support for Kunpeng. In this way, ARM developers can use these open source components easily. Such efforts all help to lay a solid groundwork for full-stack hardware and software collaboration.

Hardware is the basis of the entire ecosystem, and operating systems are the basis of software. openEuler officially went open source on December 31, 2019, and the 20.03 Long-Term Support (LTS) version was released in March 2020. After nine months of operation, the openEuler community has attracted more than 2000 contributors, set up 70 special interest groups (SIGs), and engaged more than 60 leading enterprises in China. Six top operating system vendors in China have joined the community and released commercial versions.

Databases are the gist of basic software and the core of customers’ business systems. There is a gap between traditional open source databases and enterprise application expectation in terms of performance, availability, and security.

Build a Complete Basic Software Ecosystem, and Cultivate Talent for the Ecosystem

To accelerate ecosystem construction, Huawei will provide various support, including learning, build, and go-to-market support to help partners improve their business competitiveness. After one year’s efforts, Huawei has more than 1000 ISV partners and 3000 solutions in the computing space.

Partners and developers are the foundation of the ecosystem, and talent is the future of the ecosystem. Huawei and Tsinghua University jointly released openEuler and openGauss technical books to build the basic knowledge of operating systems and databases into university courses. In the future, Fudan University, Tongji University, Huazhong University of Science and Technology, and 10 other universities will provide related courses.

At the summit, leading experts from the academia, media, and commercial domains joined Du Junping, General Manager of Huawei’s Cloud & AI Open Source Business, to discuss the relationship between open source and business.

Wu Qingbo, one of the featured guests, believed that open source and business can only go further if they work with each other. In the education space, open source is the best means – it features freedom and fairness.

Jiang Tao, founder of CSDN, said that business will not hinder the development of open source, but will rather boost open source. Open source embracing business is open source in a real sense.

Another featured guest, Han Qing’s viewpoint was to define the success of an open source project. The first step is to create value, generate social effects, find added values in open source projects, and then produce aggregated effects through business engagement to achieve business success.

Inspired by the mindset of fostering a sustainable, open source basic software ecosystem Of All, By All, For All, Huawei welcomes partners, developers, and enthusiasts to join the computing industry, working together to bring diversified computing power to the global ecosystem for shared success.