PURCHASE, New York, June 6, 2017 /PRNewswire/ — Mountain Dew® welcomed three global esports powerhouses – Team Dignitas, Splyce and Team SK Gaming – to its growing esports platform. These new partnerships will provide gamers around the globe with exclusive content and access to some of the best gamers and esports celebrities in the world via the Mountain Dew Twitch channel, www.twitch.tv/mtndew. 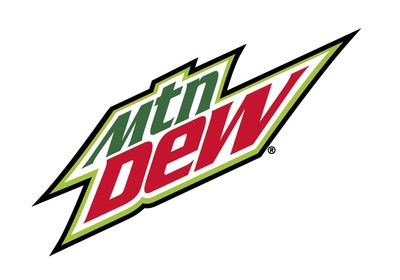 Team Dignitas is the renowned, international esports team owned and managed by the Philadelphia 76ers. Splyce is headquartered in the U.S. and partners with Delaware North and the Boston Bruins, and Team SK Gaming is based in Germany and is one of the oldest and largest esports teams in the world. Mountain Dew selected these teams for their innovative style, achievements and ultimately their embodiment of the DEW brand ethos.

“We are excited to expand our support of esports through these partnerships with three world-class teams,” says Manos Spanos, global senior marketing director, Mountain Dew. “Industry-first partnerships and authentic integrations that align with core Mountain Dew values and resonate with gamers and DEW Nation will continue to inspire us as a business.”

Following its successful inaugural year, MDL is back for another season with more teams, one-of-a-kind content, training sessions and player spotlights – all designed to help players elevate their gaming skills. This season of the MDL can be viewed on Twitch,  https://www.twitch.tv/esea, every Tuesday through Thursday.

Mountain Dew has been a major player in the gaming world since 2003, not only by introducing its signature Game Fuel flavor but by initiating partnerships with popular titles, systems and gaming platforms such as Twitch. Mountain Dew will continue to push boundaries and explore new territories in gaming to be able to provide casual, amateur and professional gamers with unique experiences, trainings and opportunities.

PepsiCo (NYSE: PEP) products are enjoyed by consumers one billion times a day in more than 200 countries and territories around the world. PepsiCo generated approximately $63 billion in net revenue in 2016, driven by a complementary food and beverage portfolio that includes Frito-Lay, Gatorade, Pepsi-Cola, Quaker and Tropicana. PepsiCo’s product portfolio includes a wide range of enjoyable foods and beverages, including 22 brands that generate more than $1 billion each in estimated annual retail sales.

At the heart of PepsiCo is Performance with Purpose – our fundamental belief that the success of our company is inextricably linked to the sustainability of the world around us. We believe that continuously improving the products we sell, operating responsibly to protect our planet and empowering people around the world is what enables PepsiCo to run a successful global company that creates long-term value for society and our shareholders. For more information, visit www.pepsico.com.

Team Dignitas is an international eSports team with one of the most iconic and recognizable brands in the professional gaming industry. Managed by gaming industry veterans Chairman Greg Richardson, Chief Executive Officer Jonathan Kemp and President Michael O’Dell, Team Dignitas’ highly talented and dedicated international squad of players are recognized across the globe for tournament winning endeavors. Team Dignitas’ innovative and authentic brand position offers a premier opportunity for partners seeking a direct portal into the gaming and eSports market. Team Dignitas was originally formed in September 2003 with the merger of two Battlefield 1942 teams. In September 2016, the new Team Dignitas merged with League of Legends powerhouse Team Apex and was acquired by the Philadelphia 76ers of the National Basketball Association. Team Dignitas joins a family of innovative and competitive holdings owned by an investor group led by Managing General Partner Josh Harris and Co-Managing Partner David Blitzer, which includes the New Jersey Devils of the National Hockey League, Crystal Palace of the Premier League and the Prudential Center, a 18,000 seat, state-of-the-art, multi-purpose arena in Newark, N.J.

Founded in 2015, Splyce is one of the top professional esports organizations in the world. Its players compete across nine of the biggest titles in Europe, North America, Latin America and South Korea. Recently, Splyce partnered with Delaware North and the Boston Bruins in order to utilize the resources of traditional sports to bolster the growing organization. With a mission to become the first locally based team in the New England region, Splyce is creating a local fanbase through fan engagement, local events and a Boston focused strategy in North America. Splyce is a North American organization with a true global reach. Bearing notable results in games such as Call of Duty (Worlds Grand Finalist, current World League Champions), World of Warcraft (World Champions), League of Legends (European Grand Finalists) and Starcraft 2 (World Champions in all three premier leagues), Splyce has cemented itself as a force to be reckoned with in competitive gaming.

SK Gaming is a leading eSports organization and one of the world’s most recognized brands in competitive video gaming. Founded in 1997, Schroet Kommando has grown from a passionate group of friends into a successful eSports business with offices in Cologne, Germany, and Los Angeles, California.

In the past two decades, SK Gaming managed to win more than 60 major championship titles and millions in prize money earnings across a variety of disciplines. SK dominated several eSports titles with the legendary Swedish Counter-Strike team, Quake superstar rapha, the FIFA twins, its long-standing Warcraft III division or the Brazilian Global Offensive heroes of today, among others. Along the way, SK developed some of the most iconic personalities in eSports history and pioneered the industry on multiple frontiers, both as an ambitious competitor and an innovative business.