NAIROBI, Kenya, Nov. 19, 2020 /PRNewswire/ — International women’s rights organization Equality Now alongside its partner in Tanzania has today filed a joint case at the African Court on Human and Peoples’ Rights against the Government of Tanzania, seeking to overturn the country’s discriminatory policy of permanently expelling pregnant girls from school and banning adolescent mothers from returning to school after giving birth. 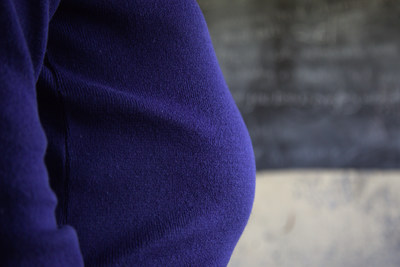 Preventing pregnant girls and adolescent mothers from attending public school denies them access to education and keeps many trapped in a cycle of poverty, exposing them to additional human rights violations including child and forced marriage, female genital mutilation, and sexual and labor exploitation.

Tanzania has one of the highest teenage pregnancy rates in the world. UNFPA states one in four girls aged 15 to 19 in the country is either pregnant or has given birth, and the proportion has increased from 23 percent in 2010 up to 27 percent in 2015 according to Tanzania’s own government data.

Tanzania’s policy of expelling pregnant girls from primary and secondary school dates back to 1961, but the practice has escalated during the past five years because of public endorsement by senior government officials.

There is no accurate data available on the number of girls who are affected by this discriminatory ban but sources estimate that thousands are forced from education every year.

Faiza Mohamed, the Director of Equality Now’s Africa office explains: “We have advocated for more than three years for the Government of Tanzania to lift the ban on pregnant girls and adolescent mothers accessing school but without success. The African Court is our last resort and we are hopeful that the voices of these girls – many of whom are victims of sexual violence or coercion – will finally be heard.”

The landmark case was submitted to the African Court in Arusha, Tanzania, on 19 November 2020.

This comes on the eve of World Children’s Day, observed annually by the United Nations and civil society on November 20 as an opportunity to promote children’s rights and reflect on what more must be achieved.  At the heart of this lies the advancement of gender equality and the creation of a more just and equitable world for girls. This cannot be achieved without ensuring access to education for all girls, wherever they are and whatever their circumstances.

“Today’s filing against the Government of Tanzania marks an important step towards the realization of the right to education for all girls in Tanzania,” said Ms. Mohamed

In March 2020, a similar regulation preventing pregnant girls from attending school was repealed in Sierra Leone. This came after Equality Now and local partners won a legal case filed against the Government of Sierra Leone at the ECOWAS Court of Justice, West Africa’s premier court, which ruled the state’s policy discriminated against girls and violated their right to equal education.

Equality Now is an international human rights organization that works to protect and promote the rights of women and girls around the world by combining grassroots activism with international, regional and national legal advocacy. It’s international network of lawyers, activists, and supporters achieve legal and systemic change by holding governments responsible for enacting and enforcing laws and policies that end legal inequality, sex trafficking, online sexual exploitation, sexual violence, and harmful practices such as child marriage and female genital mutilation.

WALTHAM, Mass. and SHANGHAI, China, May 15, 2022 (GLOBE NEWSWIRE) — Zenas BioPharma, a global biopharmaceutical company committed to becoming a leader in the development and commercialization of immune-based therapies for patients in need around the world, today announced the submission of an investigational new drug (IND) application to the China National Medical Products Administration […]

YICHANG, China, May 15, 2022 /PRNewswire/ — Angel Yeast (en.angelyeast.com, SH600298), a listed global yeast and yeast extract manufacturer, announced on International Day of Families on May 15 that it will continue its longstanding commitment to support and promote a healthy lifestyle for families around the world. Offering a wide range of yeast products, the […]