The Conference, as part of the pledge to protect the environment, launched a one million tree planting exercise in April 2021 to support Government’s Green Ghana project aimed at planting five million trees in a day across the country.

Most Reverend Charles Gabriel Palmer-Buckle, the Metropolitan Archbishop of Cape Coast, said this on Wednesday in Accra at the launch of the GCBC’s five-year “Laudato Si” Action Programme (LSAP)-an environmental protection campaign – for the Catholic Church in the country.

The programme, spanning from 2022 to 2026 is a response to Pope Francis’ call during his fifth anniversary in 2020 to address environmental challenges across the world.

The Metropolitan Archbishop said the Church would sustain the annual tree-planting agenda and mobilise all communities at the Diocesan and Parish levels to take concrete actions on protecting the ecosystem.

The programme will establish an effective programme management infrastructure within the National Catholic Secretariat to facilitate a well-coordinated implementation, monitoring, reporting and evaluation of the Church’s programme of action.

Archbishop Palmer-Buckle who is also the Episcopal Promoter of the GCBC LSAP, called on Ghanaians to prepare for the future by taking good care of the environment.

He advised Ghanaians to consider the environment as a gift from God and initiate positive measures to protect it from destruction and degradation.

The Archbishop expressed worry about the improper disposal of waste, indiscriminate felling of trees, farming along water bodies, building in waterways and other negative human practices, which were endangering nature.

He noted that some species of plants, animals, birds, insects and aquatic creatures that helped in maintaining the ecosystem had become extinct partly because of bad human practices.

He stated that some negative human activities had changed the pattern of the climate and called on the law enforcement agencies to prosecute persons found guilty to serve as deterrent to offenders.

Most Reverend Henryk M. Jagodzinski, the Apostolic Nuncio to Ghana, launching the Programme, expressed optimism that it would create a new culture of spirituality, care and work of the Catholic Church in Ghana.

The Apostolic Nuncio asked the Church to develop an integrated reporting framework on the progress of the plan for its successful implementation. 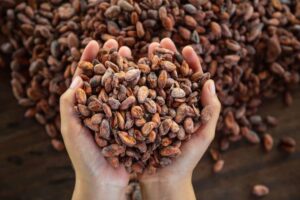 The National Service Personnel Association (NASPA) is calling on the National Service Scheme to ensure the salaries of personnel are paid on time.Personnel has been unhappy in the last few weeks over the non-payment of two months’ salary arrears.Speaki…

The second phase of the multi-million-dollar Kumasi Central Market Redevelopment Project is in limbo as scores of workers employed by Contracta Enginharia Limitada, the contractor for the project, are on a sit-down strike.The workers commenced their in…

His Majesty Otumfuo Osei Tutu II, Asantehene, as the Asante custom demands, on Sunday evening, stormed Koforidua, the Eastern Regional capital to attend the wake keeping at the Yiadom-Hwediem Palace to mourn with the New Juaben Traditional Council over…

A New Patriotic Party National (NPP) Organizer hopeful, Dr. Kwame Afriyie has praised the Civil and Local Government Staff Association of Ghana (CLOGSAG) for calling off its strike, which started on April 21, 2022.In an interview with this reporter, th…

Traders in the Tema Metropolis are now fighting with invading rats and other pests who are tormenting them both day and night, the sellers are therefore calling on the Tema Metropolitan Authority (TMA) to urgently fumigate the markets and shops.Some re…

Mr Emmanuel Addo-Kumi, Greater Accra Branch Vice Chairman, of the Ghana Trades Union Congress (TUC) has issued a stern warning to foreign operated companies and others who are preventing their workers from forming or joining unions in contravention of …